Made up of the Mars Pro 600, 850, and 1600 SLA 3D printers, with the latter featuring a large expandable build volume of 1600 x 800 x 600 mm, the Mars Pro series is suitable for prototyping, manufacturing, and rapid precision casting for applications within the automotive, art, architecture and medical industries, among others.

Developed in response to market demand, the Mars Pro series is designed to enable industrial-scale manufacturing of SLA 3D printed parts with both speed and accuracy. 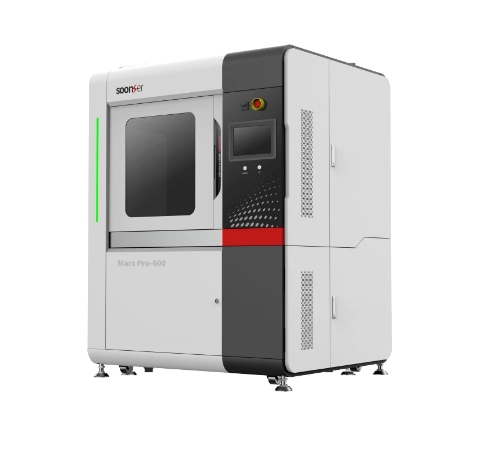 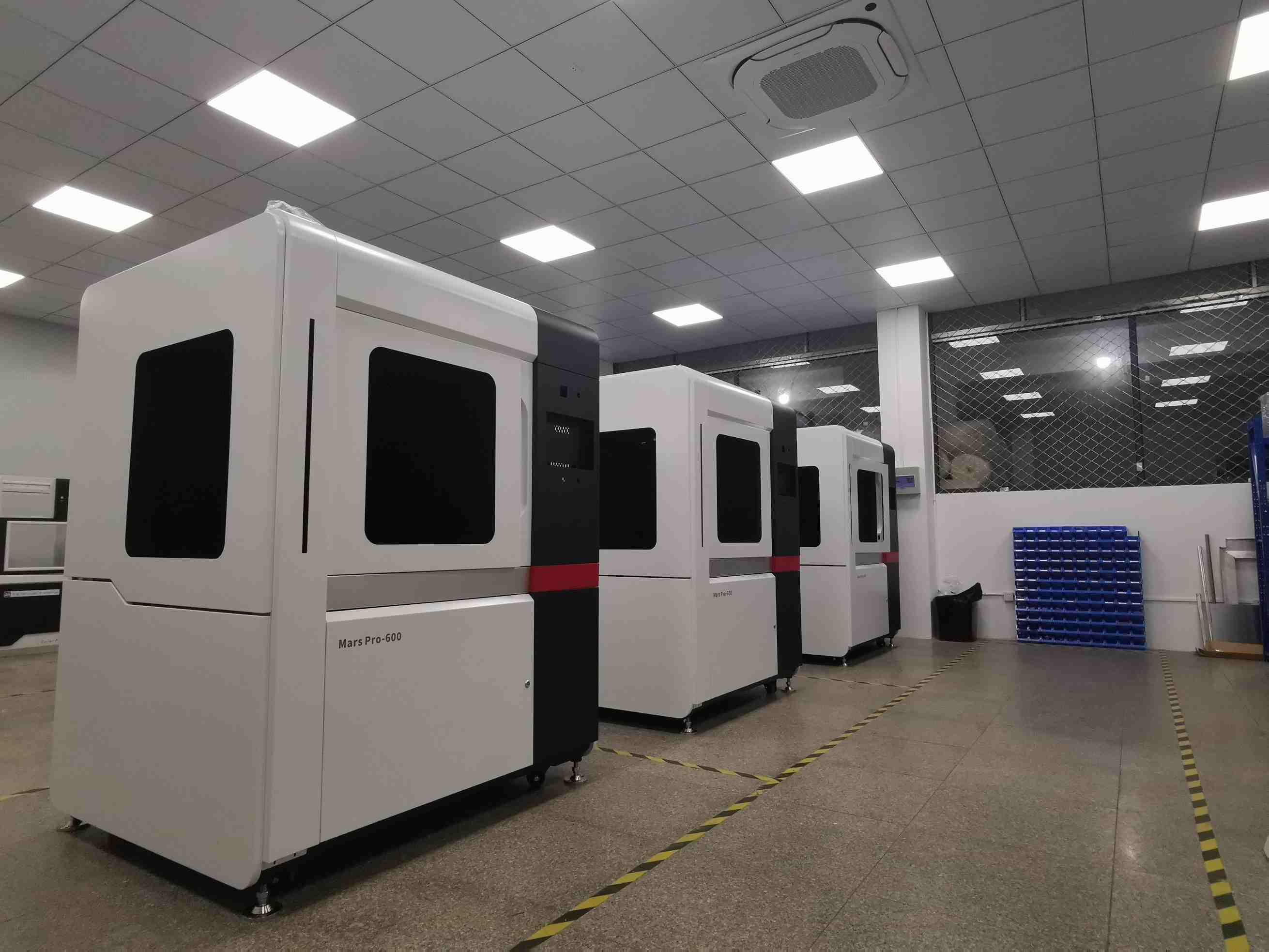 SoonSer’s Mars Pro series is the culmination of more than a decade of experience in 3D printing and process applications. Marketed by SoonSer as being highly stable, precise, and easy to operate, the three SLA printers in the Mars Pro series differ mainly in their build volume size.

The whole Mars Pro series adopts a distributed and modular design in order to improve working stability and the expansibility of its control system. Also for stability purposes, the machines leverage a grade 00 marble movement platform, while critical components such as lasers, galvanometers, and electrical control components are supplied by reputable brands, according to SoonSer.

Regarding usability, the Mars Pro series is equipped with a self-developed control software from SoonSer that has a concise interface and comes with a list of package functions to simplify the operating process. The software features process parameters, optimization algorithms, automatic recognition of models and auto-processing parameters in order to improve printing performance and increase the rate of successful prints.

As well as being easy to use, the Mars Pro series is also engineered to be highly precise and efficient. The machines are equipped with SoonSer’s patented intelligent variable spot system to complement the systems’ high speed scanning capabilities and scan algorithms. The variable spot system is reportedly capable of boosting printing efficiency up to three times that of a single spot system, in turn helping to shorten the time-to-market for 3D printed parts. 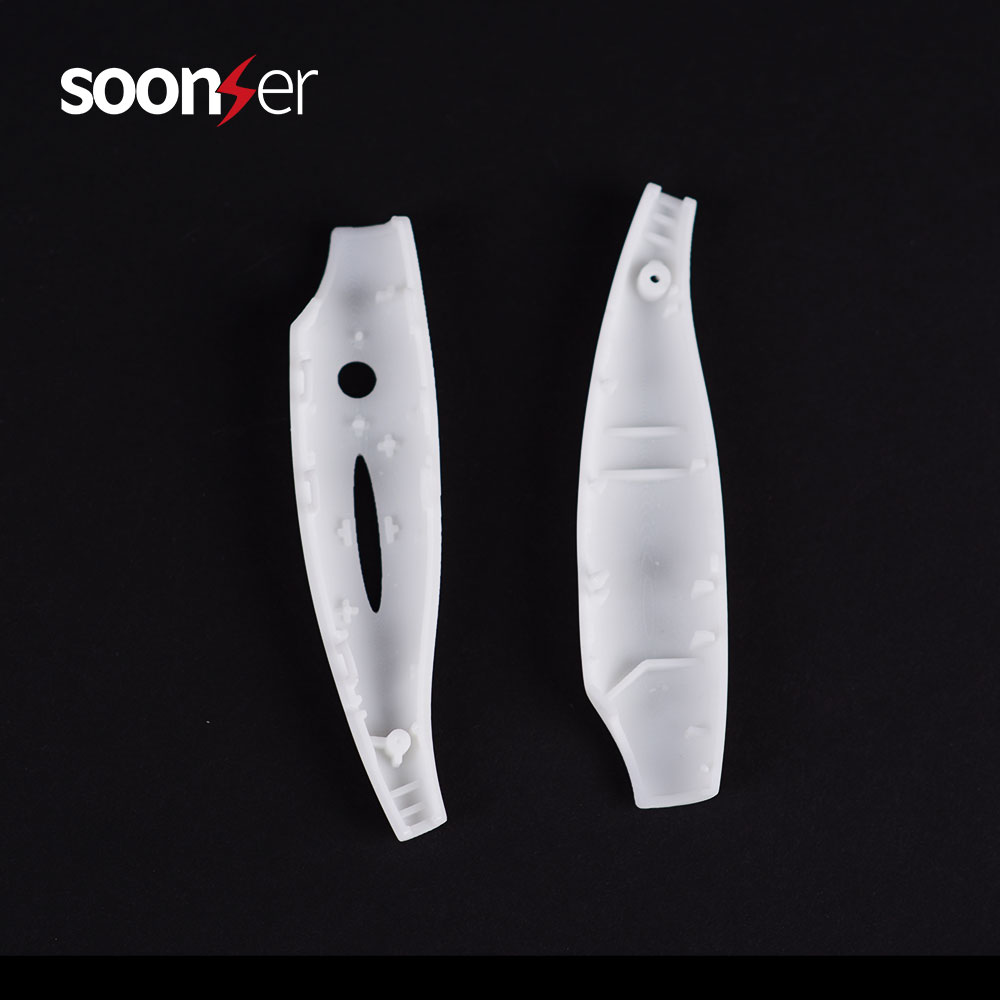 Caption: A 3D printed part fabricated on the Mars Pro. Photo via SoonSolid.

Designed to meet the growing demand for industrial mass production of 3D printed parts, the Mars Pro series is suited to a wide range of applications across multiple sectors.

For instance, the machines are capable of producing components for the industrial sector, such as home appliance parts, electronic products, and the manufacturing of automotive parts. The printers are also suitable for manufacturing technology and architectural models for the cultural and creative industries, and can deliver fixtures, investment castings, and vacuum casting models for precision model manufacturing.

Elsewhere, the Mars Pro series can be leveraged in the medical sector to produce 3D printed products for preoperative surgical rehearsals, rehabilitation appliances and surgical guides.

One such application case saw SoonSer 3D print a HIV mechanism model for demonstration and display purposes. Utilizing the Mars Pro 3D printer, SoonSer was able to complete the model in just one week, including printing, coloring, splicing, polishing, assembly and other processes.

The HIV mechanism model was printed using SLA 3D printing technology, SoonSer’s LG-6001 material and glass fiber reinforced plastic (FRP), which delivered significant cost benefits and reduced construction time. Due to the Mars Pro’s technical capabilities, the model met the client’s requirements of long-time demonstration and display and was able to be customized based on patient scan data. 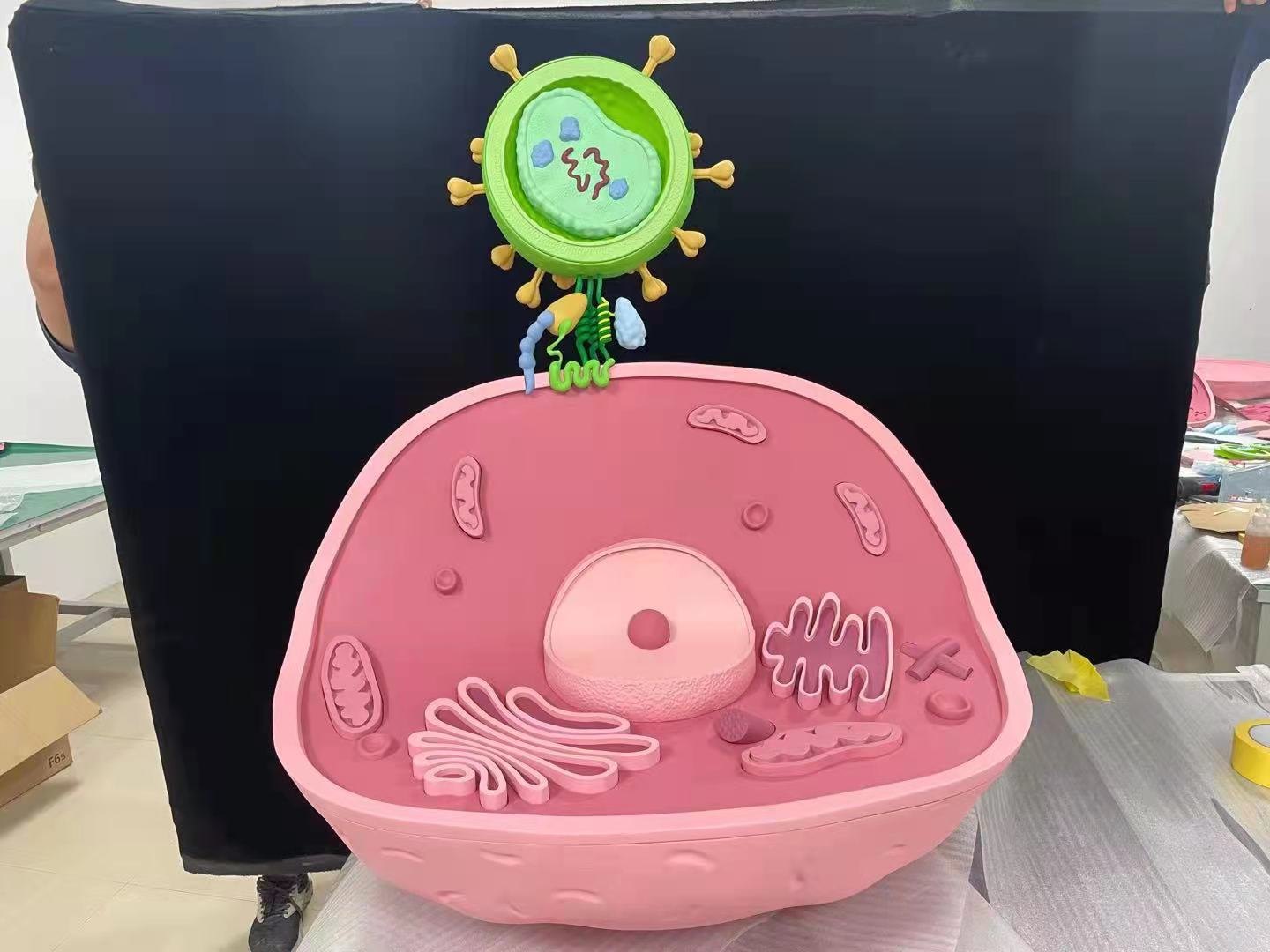 The Mars Pro series has also demonstrated its prowess at the large scale, having completed an artificial ‘mountain’ for the China University of Mining and Technology. Spanning 6,000 x 2,500 x 1,500 mm, the mountain was printed on the Mars pro in resin, FRP, and aluminum alloy materials. 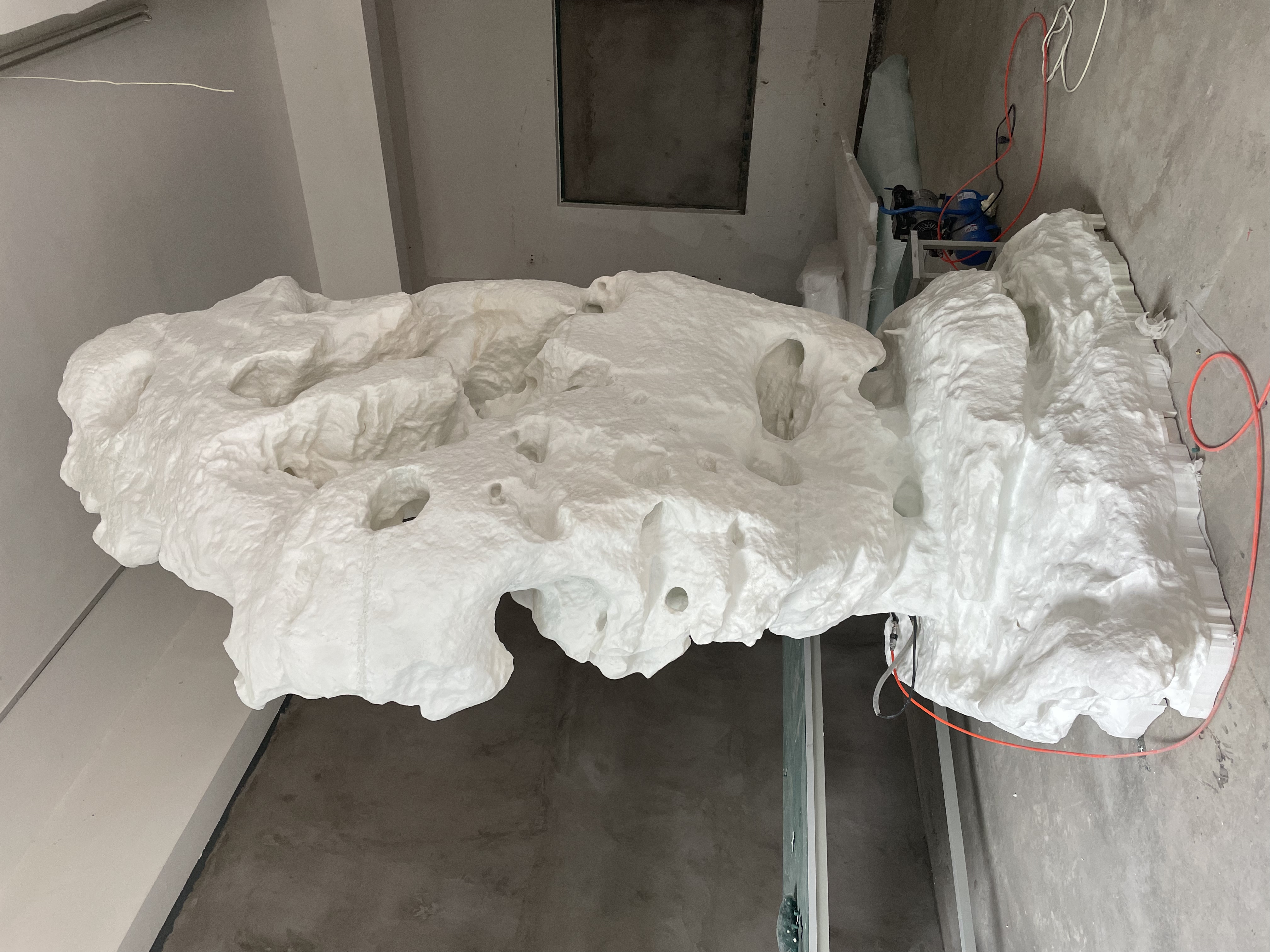 Caption: The artificial mountain 3D printed on the Mars Pro. Photo via SoonSolid.

The technical specifications for the Mars Pro 3D printer series are as follows: 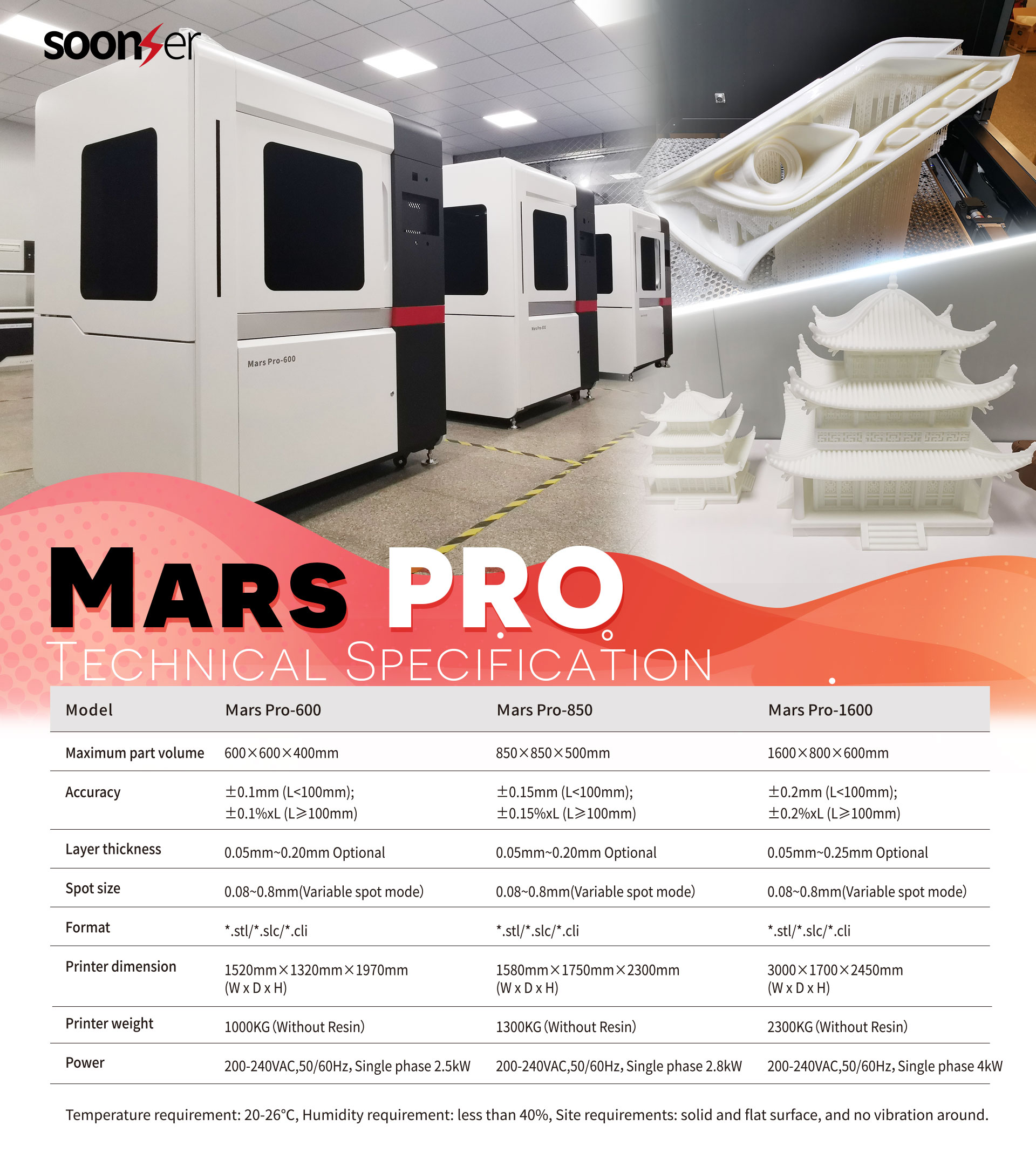 More information on the Mars Pro series can be found here. 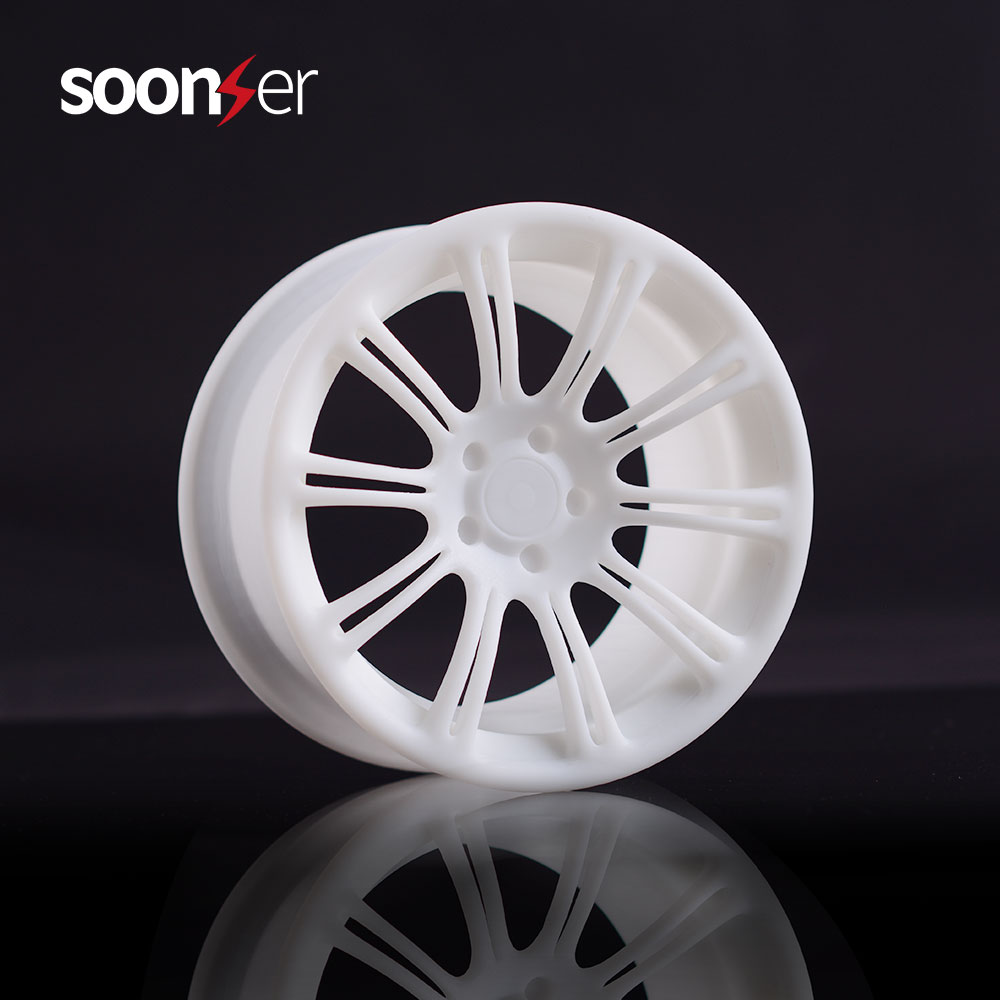 Caption: A 3D printed part fabricated on the Mars Pro. Photo via SoonSolid.